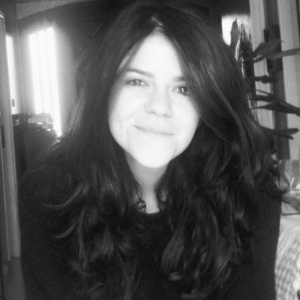 Lamia M. Berrada is a visual artist from Morocco. She lives and works in her hometown Casablanca where she witnesses the ongoing struggle of being a modern and liberated woman in an Arab Muslim society.

Through her latest art series, ‘Naked, But Not Stripped,’ Lamia portrays her women as genuine, natural and proud nude forms. She wishes to liberate the idea of our bodies owing their approval to the philosophies of others.

Throughout this work Lamia paints women’s upper bodies and replaces their faces with metaphorical auras, intentionally hiding their identities; removing the conversation about a singular identity for it to become universal one.

Lamia started painting since 1994 and has been part of a group exhibitions in Morocco Casablanca and New York.